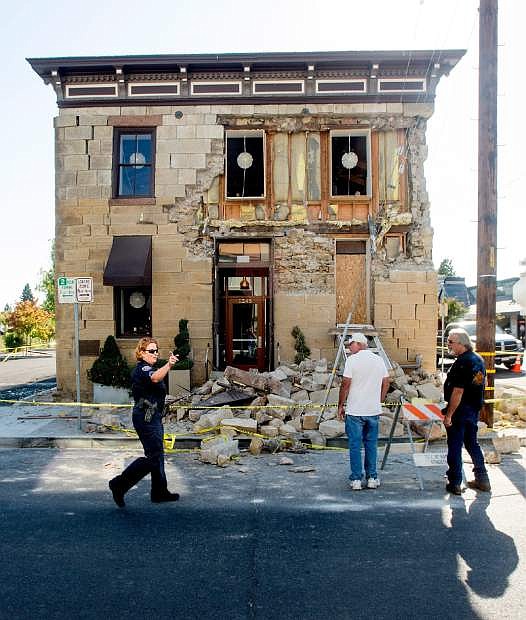 A Napa police sergeant asks spectators to move further from the damaged Vintner&#039;s Collective tasting room in Napa, Calif., following an earthquake Sunday, Aug. 24, 2014. Officials in the city of Napa say 15 to 16 buildings are no longer inhabitable after Sunday&#039;s magnitude-6.0 earthquake, and there is only limited access to numerous other structures. (AP Photo/Noah Berger)