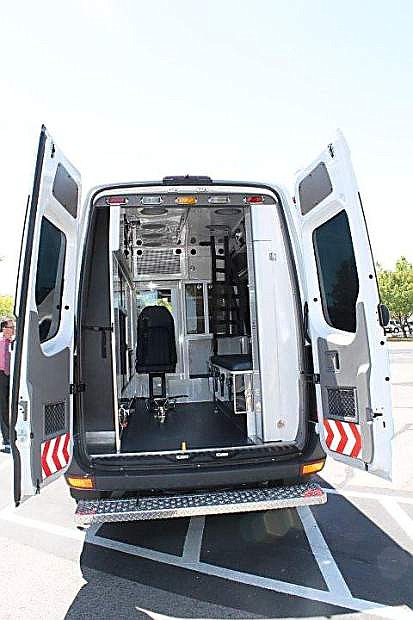 Banner Churchill&#039;s new Mercedes Benz Sprinter ambulance will save up to $9,000 annually.