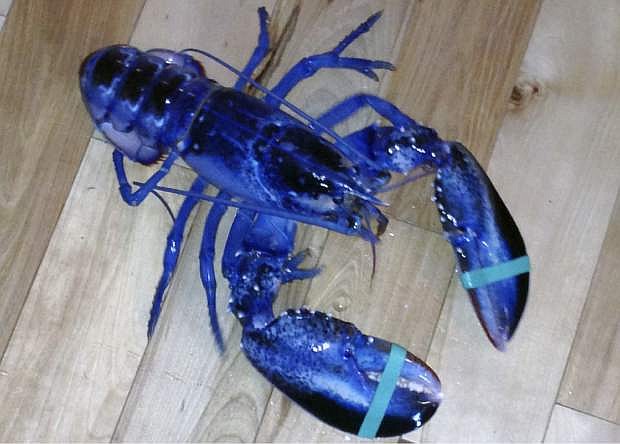 This Aug. 23, 2014, photo provided by Meghan LaPlante shows a blue lobster caught by her father Jay LaPlante off Pine Point in Scarborough, Maine Saturday. The crustacean is being donated to the Maine State Aquarium. (AP Photo/Meghan LaPlante)