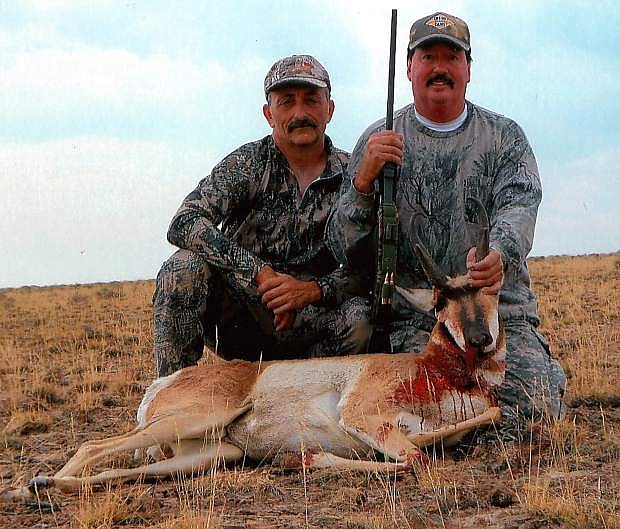 Eric Zimmerman, of Carson City, right, shot his first antelope after hunting for 10 years on a recent trip to Paradise Valley near WInnemucca. He hunted with his brothers, Chris and Paul, who helped Eric bag the antelope from 237-yards.