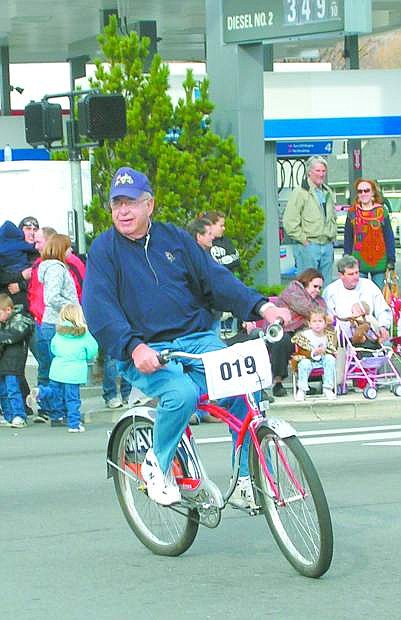 James Sadilek took this photo of Mayor Marv Teixeira on the morning of Oct. 26 during the Nevada Day Parade.