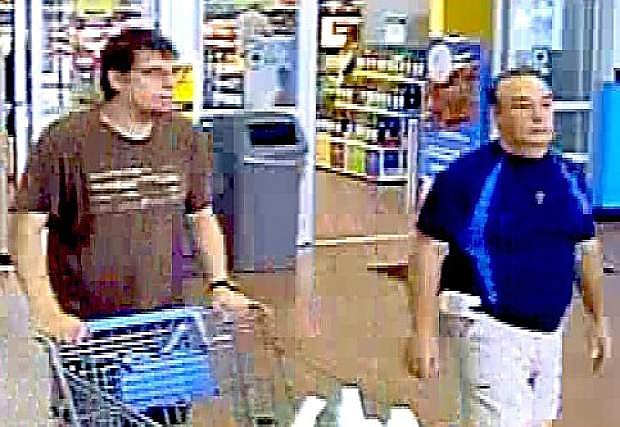 Two men are being sought in connection with the theft of items from the Gardnerville Walmart on July 19.