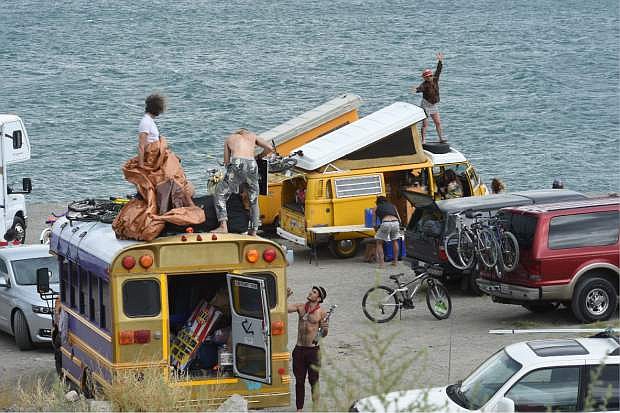 A woman dances on top of a van while other people set up camp on Blockhouse Beach at Pyramid Lake on Monday, Aug. 25, 2014, northeast of Reno, Nev. Thousands of Burning Man enthusiasts were on the outside looking in Monday after a rare batch of heavy rain forced organizers to temporarily close entry to the counterculture event in the desert 90 miles north of Reno. Many took advantage of the opportunity to camp at Pyramid Lake and made the best of the lake&#039;s beaches. (AP Photo/Reno Gazette-Journal, Tim Dunn)