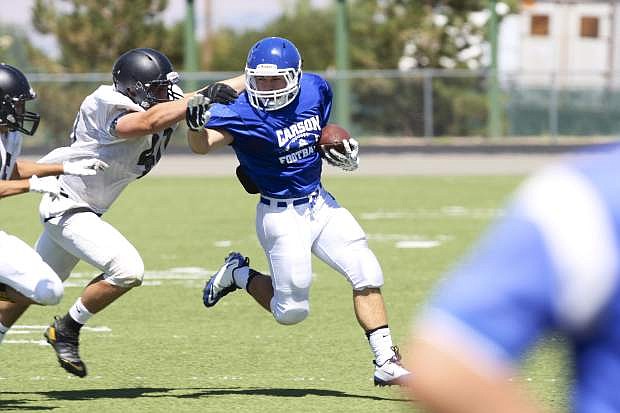 Carson running back Colby Brown makes a nice gain in a scrimmage against Galena on Saturday at Manogue High School.