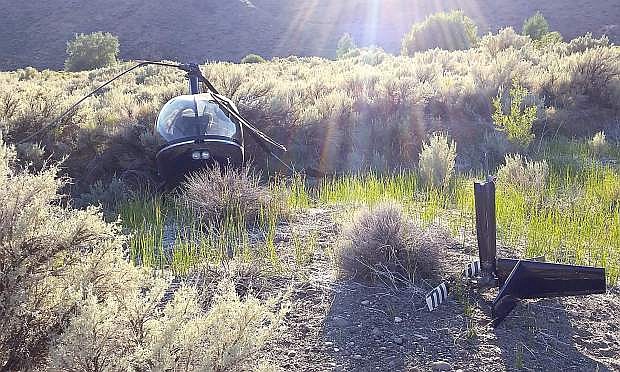 Wreckage of a helicopter in the Pine Nut Mountains on Wednesday.