Sheriff’s captain hangs up his badge 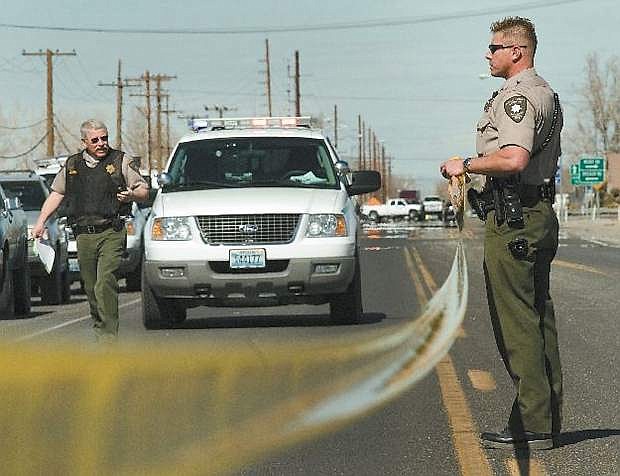 In this file photo from a 2007 murder, Churchill County Sheriff&#039;sdeputies Mark Joseph, left, and Tony Hollister, now with the Nevada Highway Patrol, secure an area around two houses south of Fallon on the Schurz Highway after a fatal shooting at one of the residences. Joseph, who has retired fromteh CCSO, said he enjoyed investigations as a deputy.