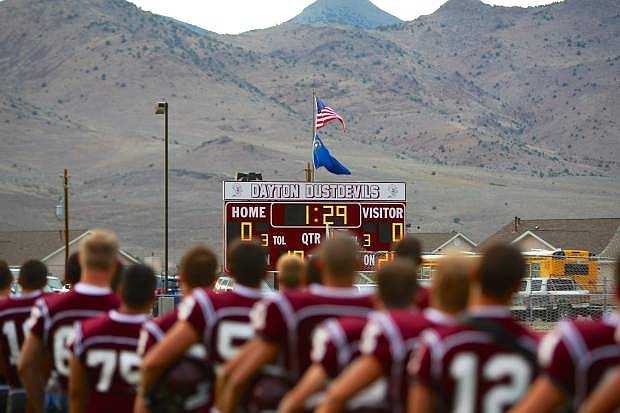 The Dayton Dustdevils face the flag for the singing of the National Anthem Friday evening.