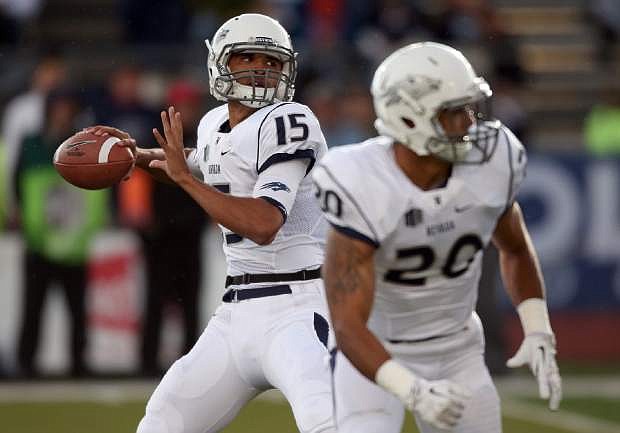 Nevada&#039;s Tyler Stewart (15) looks for an open player against Hawaii during the first half of an NCAA college football game in Reno, Nev., Saturday, Sept. 21, 2013. Stewart started the game due to Cody Fajardo being out with a knee injury. (AP Photo/Cathleen Allison)