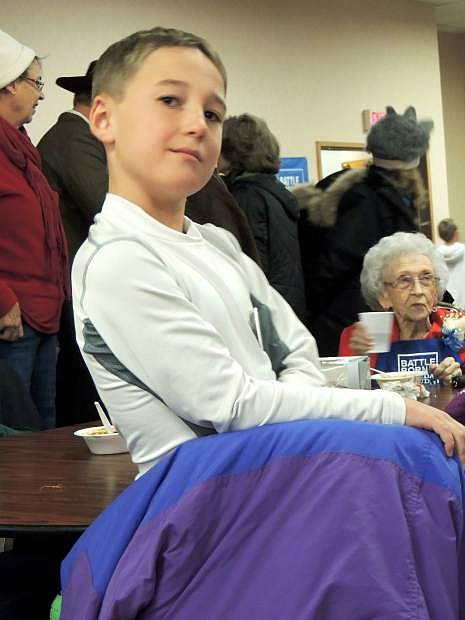 J.T. Wright, 7, of Reno, listens to McAvoy Lane doing his Mark Twain gig during the chili feed at the Carson Nugget during the Nevada Day Parade.