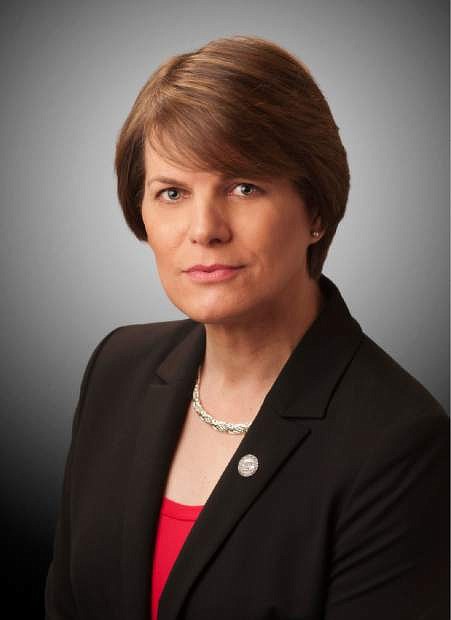 This image ptovided by Lauren Scott For Nevada, shows Lauren Scott, a Republican running for the Nevada Assembly against incumbent Democrat Mike Spinkle in District 30. The 8-year veteran of the U.S. Air Force is trying to become the first openly transgender person to be seated in any U.S. state legislature. (AP Photo/Lauren Scott For Nevada)