Doubts chip away at nation’s most trusted agencies 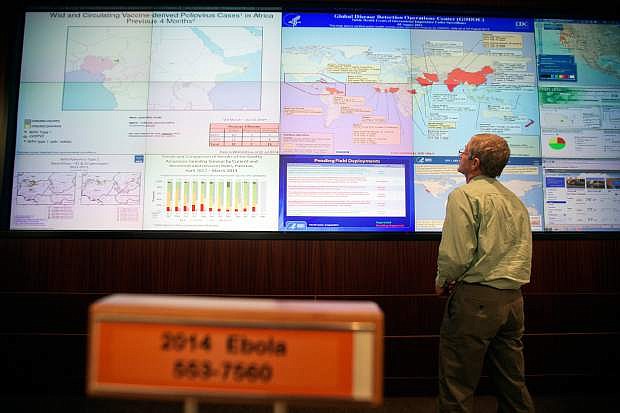 FILE- In this Aug. 5, 2014 file photo, Steve Monroe, deputy director of the National Center for Emerging and Zoonotic Infectious Diseases at the U.S. Centers for Disease Control and Prevention, looks over a map showing global health issues under the agency&#039;s surveillance from their Emergency Operations Center in Atlanta. In the space of just a few months, the reputations and approval ratings of the Centers for Disease Control and Prevention, Secret Service, as well as the Veterans Administration, have been seen a decline. (AP Photo/David Goldman, File)