Women are the target on campaign’s final weekend 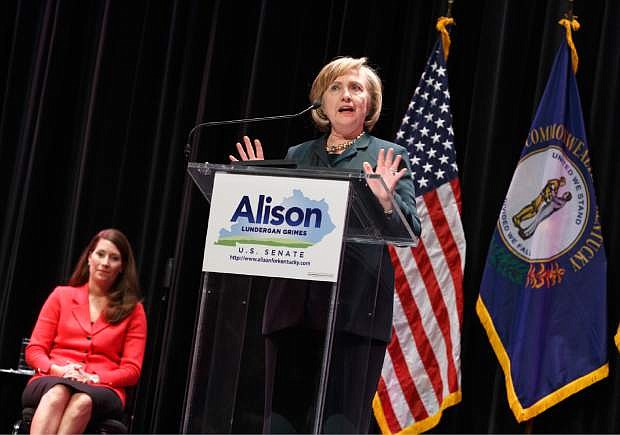 With three days left in Kentucky&#039;s combative Senate race, Democratic candidate Alison Lundergan Grimes, left, gets an assist from former Secretary of State Hillary Rodham Clinton during a campaign rally, Saturday, Nov. 1, 2014, at Transylvania University in Lexington, Ky. The results of the closely watched Kentucky contest will be crucial in the midterm election that could shift the balance of power in Congress. (AP Photo/J. Scott Applewhite)