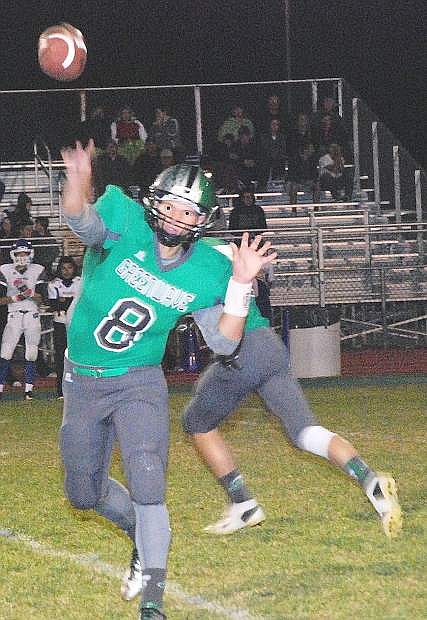 Fallon quarterback Joe Pyle totaled four touchdowns in the Wave&#039;s 34-7 win over Lowry on Friday at the Edward Arciniega Complex.