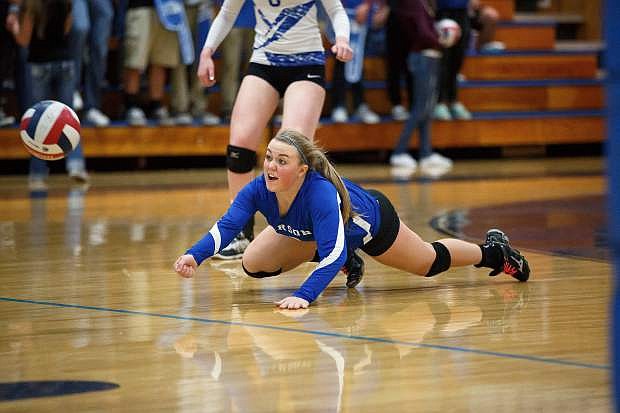 Carson High&#039;s Makenzie Tucker dives for a ball against Reno Tuesday night at Carson High School. The Senators advanced to the semifinals of the Division 1 volleyball playoffs.