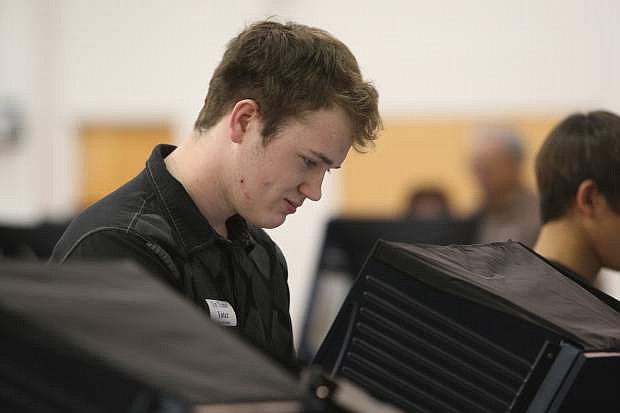 Chaison Coffman, 20, votes for the first time on Tuesday.