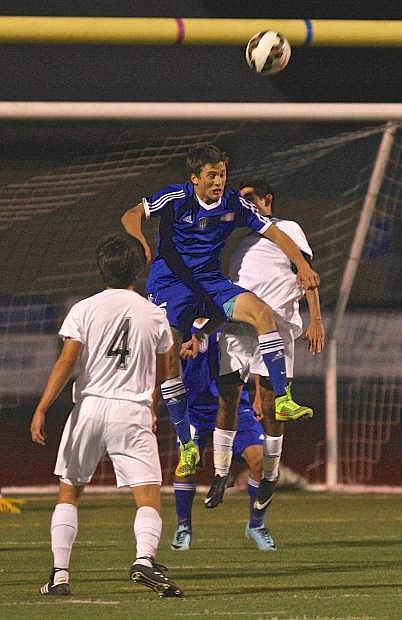 Carson fullback Peter Garrett heads the ball during a corner kick in a semi-final loss to Galena Wednesday night at Carson High.