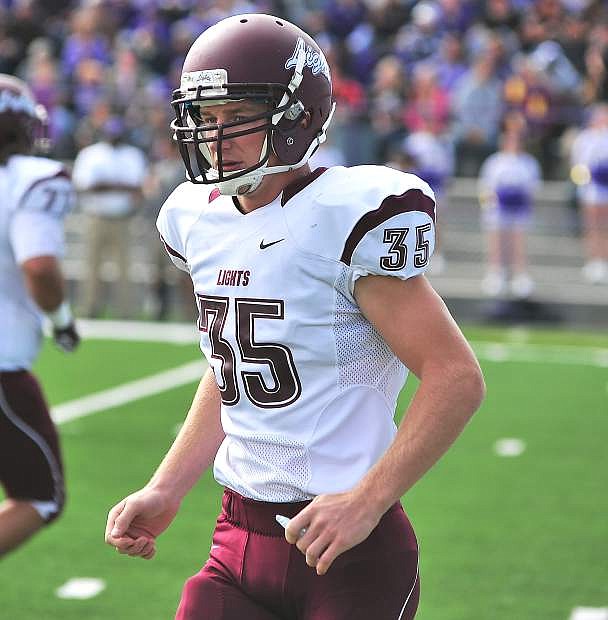 Former Fallon standout Dakota Schelling runs off the field during the Montanta State University Northern&#039;s game at the College of Idaho on Oct. 11.