It’s Carson-Douglas, and that’s all that really matters 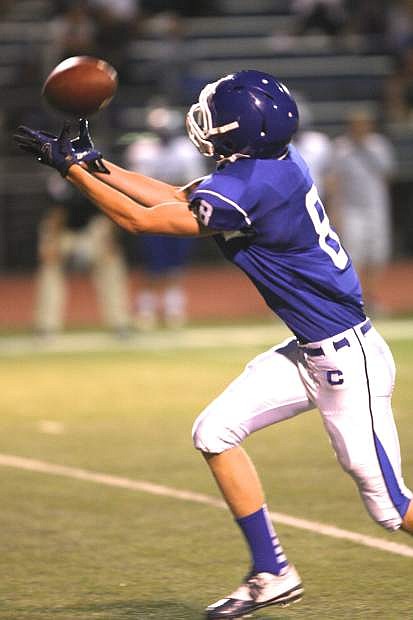 Connor Pradere, CHS receiver, brings in a pass that results in a Carson score Friday night against McQueen.