Karen Abowd retains seat on Carson City Board of Supervisors 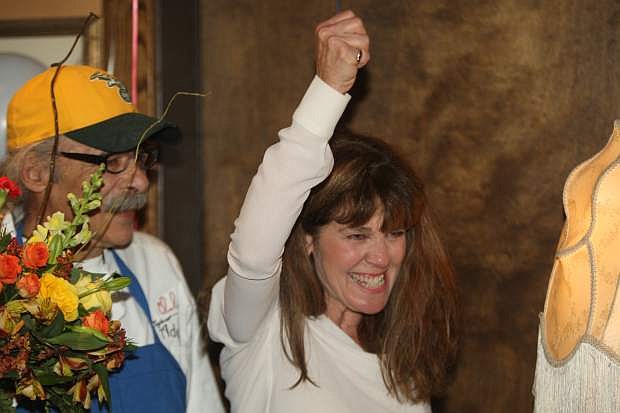 Karen Abowd celebrates election results with her husband Charlie and her supporters on Tuesday night.