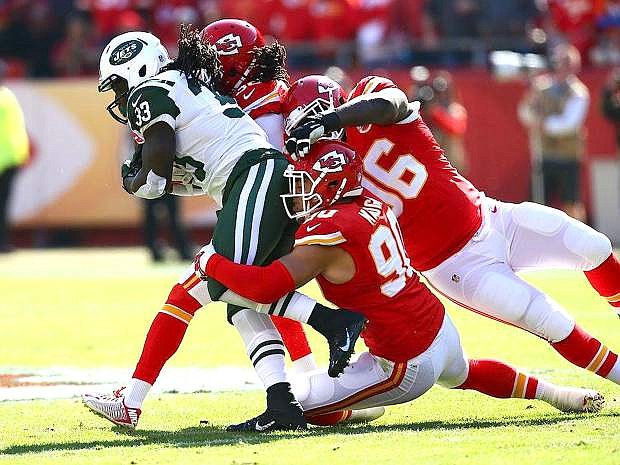 Kansas City linebacker Josh Mauga, bottom right, gets in on a tackle during the Chiefs&#039; win over the New York Jets last week.