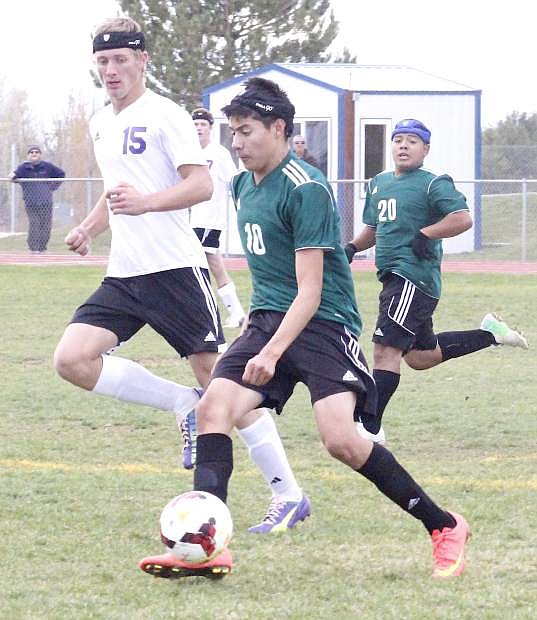 Fallon midfielder Mario Ugalde dribbles past a Spring Creek defender during Tuesday&#039;s 1-1 tie at Lowry High School. The Greenwave face Truckee at 1 p.m. today in the first round of the Northern Division I-A playoffs.