Gleam is gone as gold prices sink to 4-year low 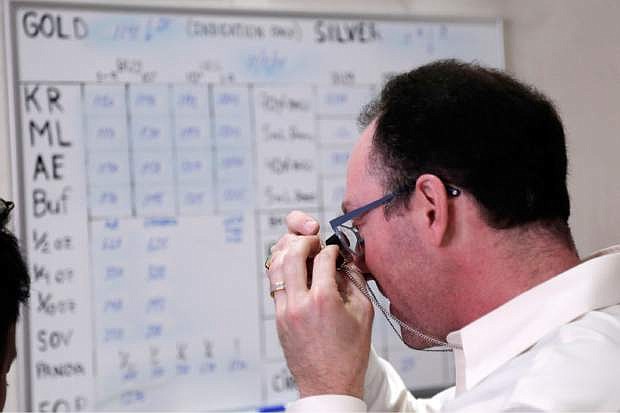 In this Wednesday, Nov. 5, 2014 photo, Numis International Inc. owner Jacob Notowitz takes a closer look at a gold item a customer brought to sell at his store in Millbrae, Calif. All of the reasons for buying gold over recent years have disappeared, helping to drive prices for the metal to a four-year low. (AP Photo/Marcio Jose Sanchez)