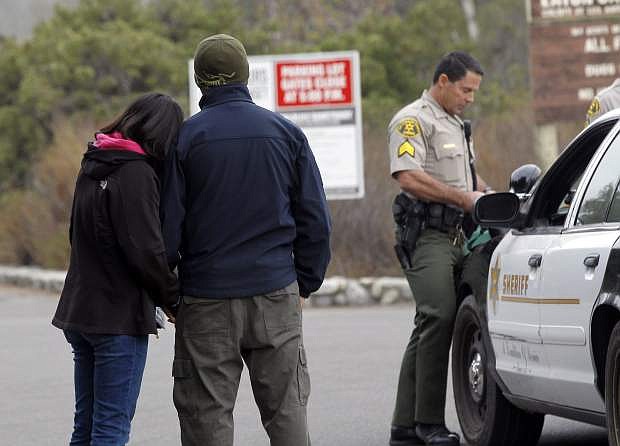 Unidentified family members wait for a group of missing hikers at the entrance of Eaton Canyon, in Pasadena, Calif. on Monday, Nov. 10, 2014. Rescue crews were searching on foot and by air early Monday for at least 15 hikers from a church group who didn&#039;t return from a weekend hike in a Southern California nature preserve. (AP Photo/Nick Ut)