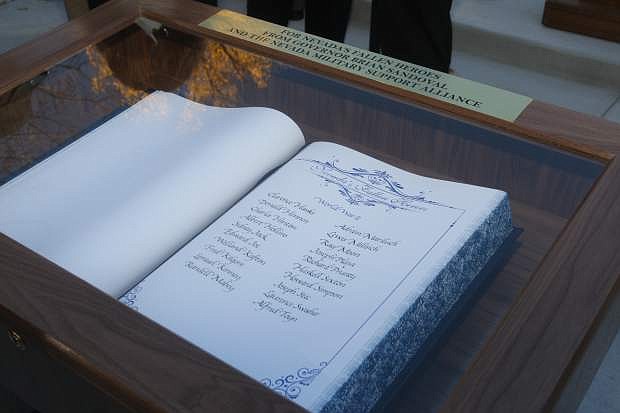 Nevada&#039;s Fallen Heroes book was unveiled during a ceremony on Monday.