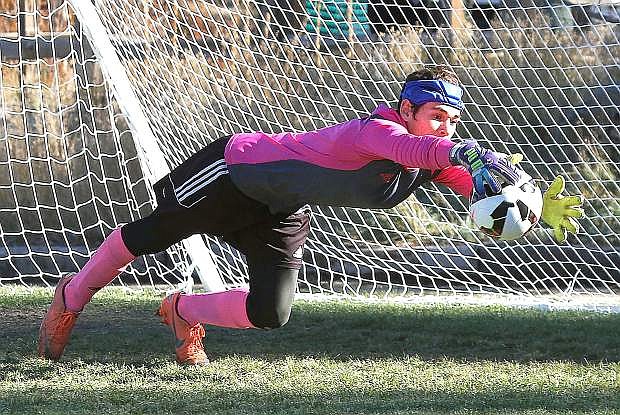 Greenwave goalkeeper Miguel Perez dives for a save during Friday&#039;s 4-1 loss to Truckee in the Northern Division I-A playoffs.