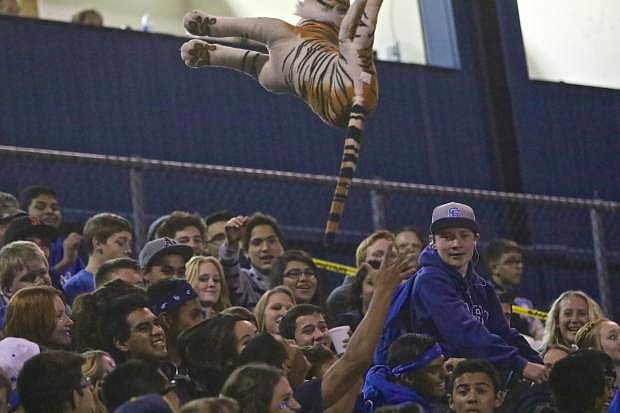 A CHS student throws a stuffed tiger in the stands Friday night as Carson manhandled the Douglas Tigers.