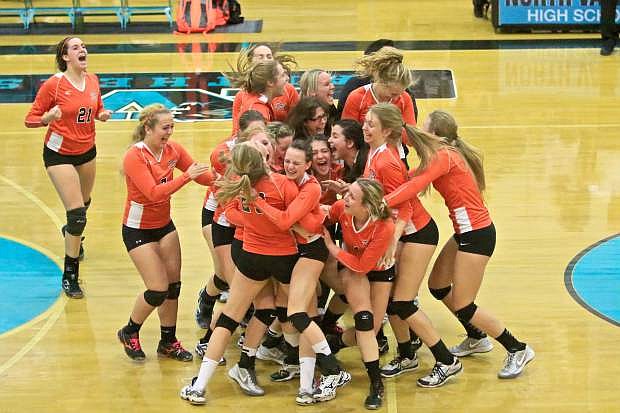 The Douglas Tigers celebrate after beating #1 ranked Bishop Manogue Thursday night at North Valleys High School. The Tigers will face the Senators for the northern region championship on Saturday.