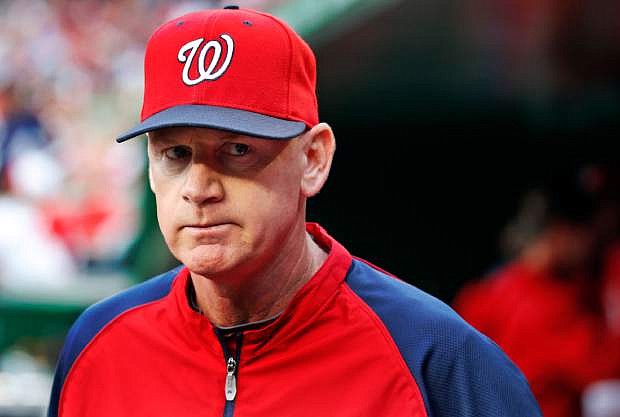 In this June 21, 2014, file photo, Washington Nationals manager Matt Williams walks in the dugout before the Nationals&#039; baseball game against the Atlanta Braves in Washington. Williams has been chosen NL Manager of the Year after guiding the Nationals to the league&#039;s best record in his first season on the job. Williams got 18 first-place votes and 109 points in balloting by the Baseball Writers&#039; Association of America announced Tuesday, Nov. 11. (AP Photo/Alex Brandon, File)