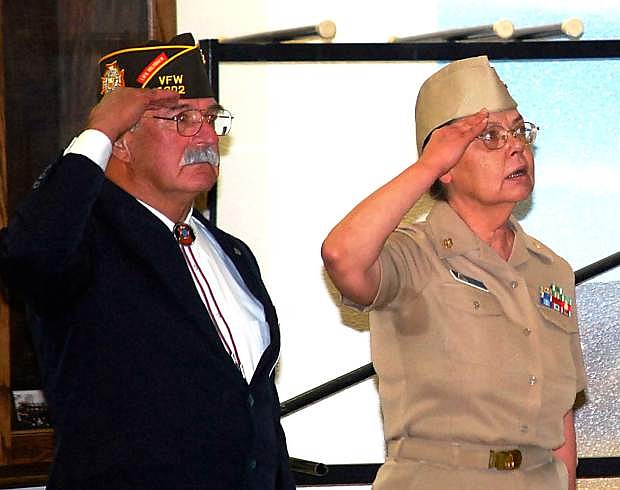 Retired Navy Master Cheif Mike Terry salutes with his wife Ramona while the Navy medley is being sung.