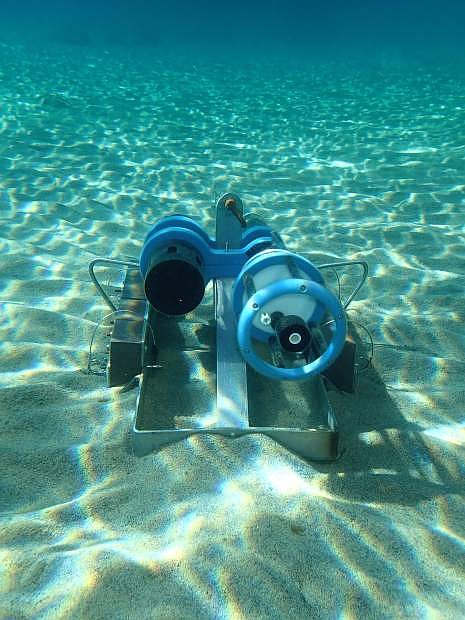 The Tahoe Environmental Research Center recently installed five stations like the one shown here as part of a nearshore network. The instrument measures things like water temperature, turbidity and algal concentration near the edges of Lake Tahoe.