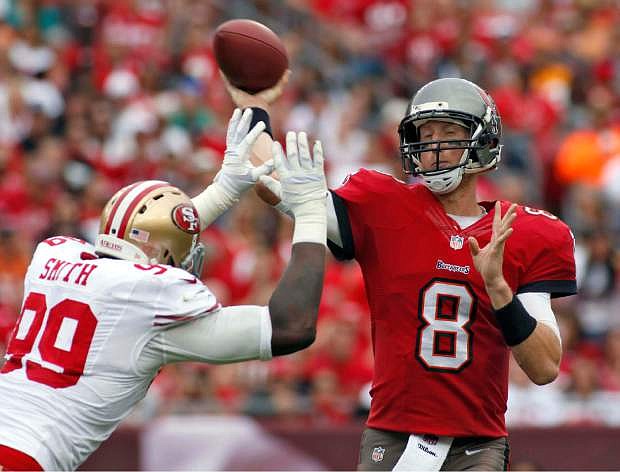 Tampa Bay Buccaneers quarterback Mike Glennon (8) fires the football as he is about to be hit by San Francisco 49ers outside linebacker Aldon Smith (99) during the third quarter of an NFL football game Sunday, Dec. 15, 2013, in Tampa, Fla. (AP Photo/Reinhold Matay)