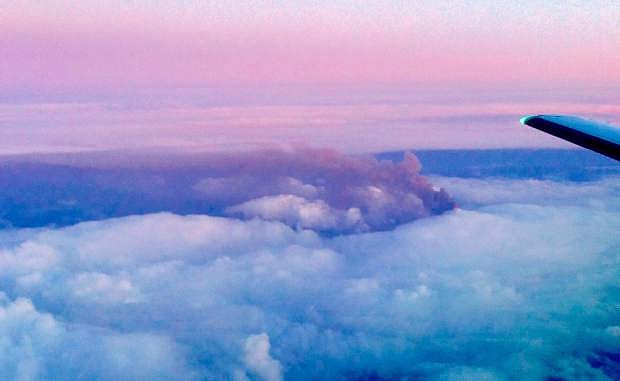 In this Friday, Nov. 14, 2014 photo provided by the Alaska Volcano Observatory, a view of the Pavlof volcano&#039;s eruption plume is seen from an aircraft. The National Weather Service warned airplanes to avoid airspace near the erupting volcano as it spewed ash 30,000 feet above sea level. Pavlof is Alaska&#039;s most active volcano and is located about 625 miles southwest of Anchorage. It&#039;s had more than 40 recorded eruptions, including earlier this year and last year.(AP Photo/Alaska Volcano Observatory)