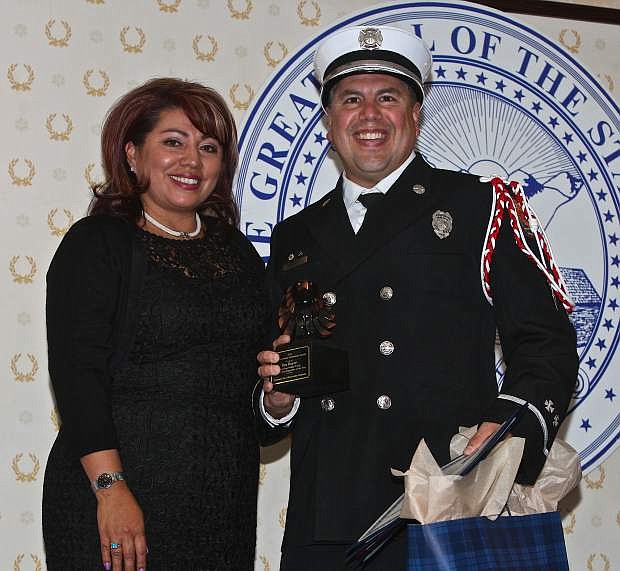 Ben Rupert (right) poses with his wife Sherry Saturday evening after receiving the 2014 Contributor/Supporter of the Year award at the American Indian Achievement Awards Banquet held at the Governor&#039;s Mansion in Carson City.