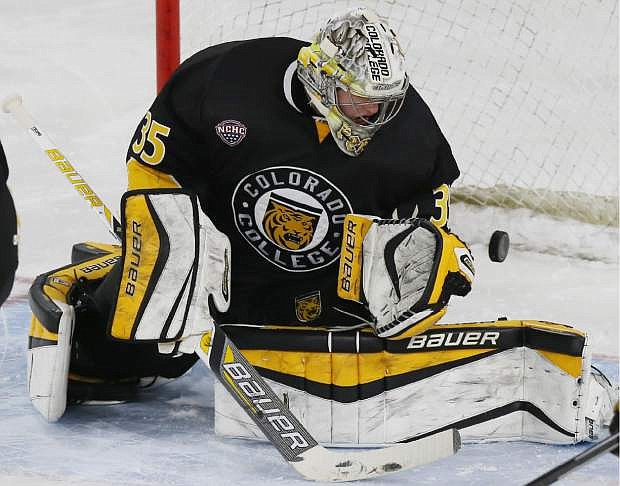 Colorado College goalie Chase Perry watches the puck sail by for a goal on a shot by Denver forward Matt Marcinew in the second period of an NCAA college hockey game in Denver on Friday, Nov. 14, 2014. (AP Photo/David Zalubowski)