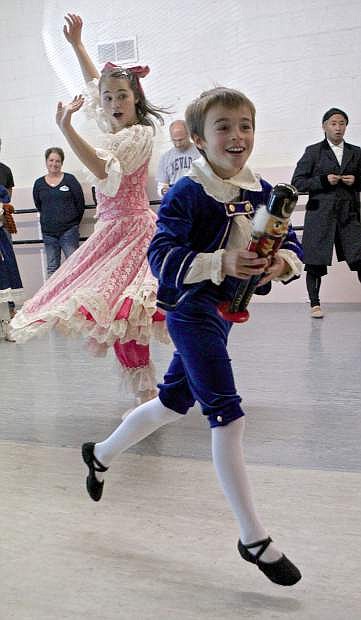 Jayse Gillot, 11, steals the Nutcracker from his sister Maddie, 15, during rehearsal on Saturday in Carson City.