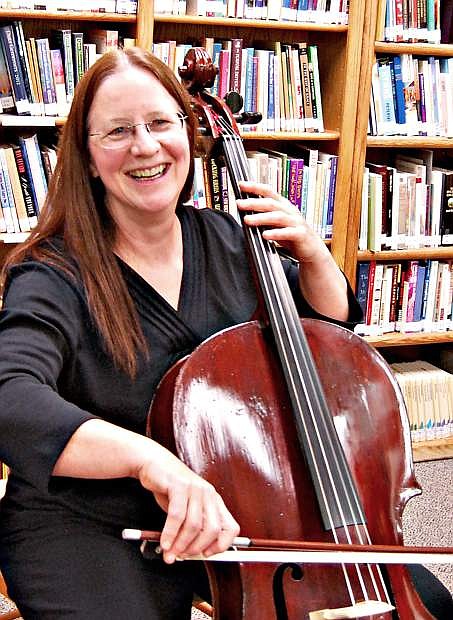 Cellist and composer Marcia Stockton will debut two of her works in a free concert by Carson Valley Sinfonia at 4 p.m. Sunday in the CVIC Hall in Minden.