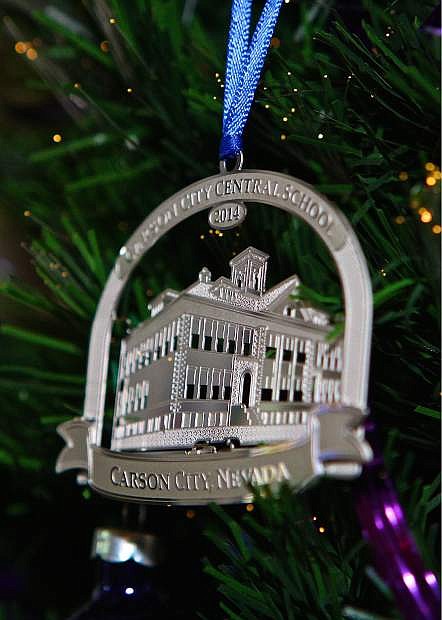 The annual Carson City Christmas ornament is available now at the Purple Avocado on N. Curry St. as seen here on Wednesday.