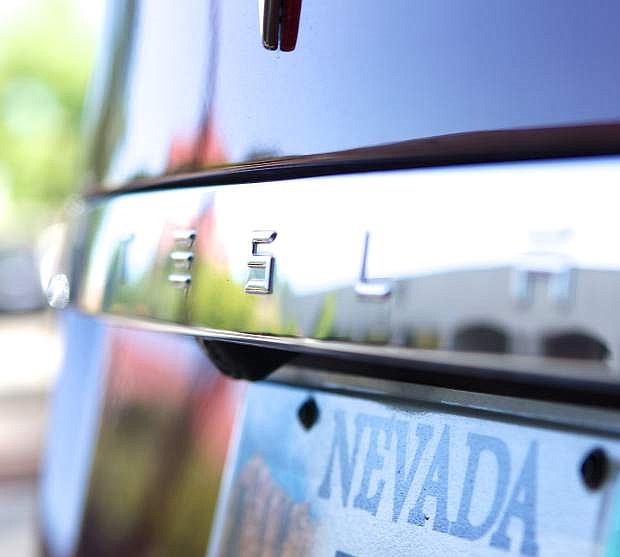 A Tesla Model S is pictured at the Nevada Capitol building in Carson City, not long after the company&#039;s deal with the state of Nevada was struck. The deal expected to bring thousands of jobs and millions of dollars in economic growth to the Reno area, some of which should trickle into the Lake Tahoe Basin.