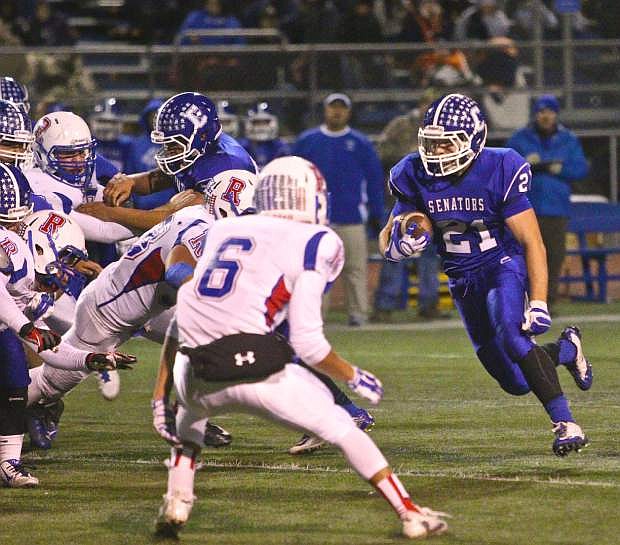 Carson running back Colby Brown (21) runs one up the gut in a win over Reno Friday night at CHS.