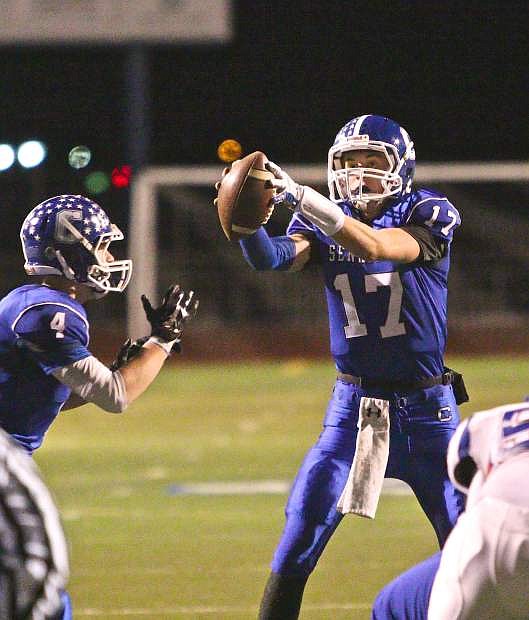 Senator quarterback Joe Nelson (17) takes a snap late in the game in a win over the Reno Huskies Friday night.