Trick or Treat drive collects more than 20,000 pounds of food for FISH in Carson City 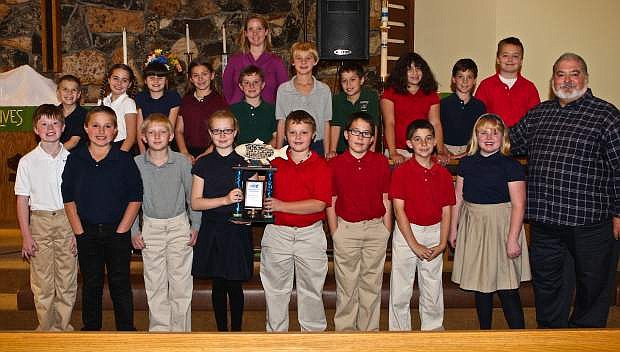 Amanda Manning&#039;s 4th grade class at Bethlehem Lutheran School poses for a photo with F.I.S.H.&#039;s Tony Zehring (far right) on Friday. The class won movie tickets at Galaxy Fandango for collecting the most food during the &#039;Trick or Treat&#039; food drive.