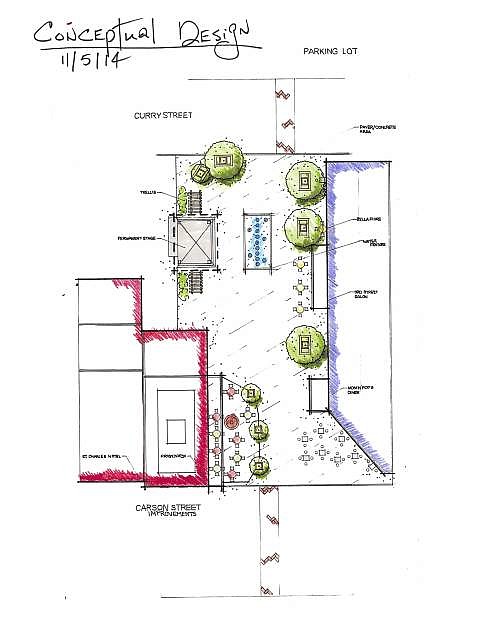 The conceptual design presented to the Carson City Board of Supervisors on Thursday for downtown 3rd Street improvements. The red line is the Firkin &amp; Fox. A stage would be behind the restaurant close to curry street. In the middle of the street is a purposed splash pad. The street between Carson Street and Curry Street will be closed to vehicles.