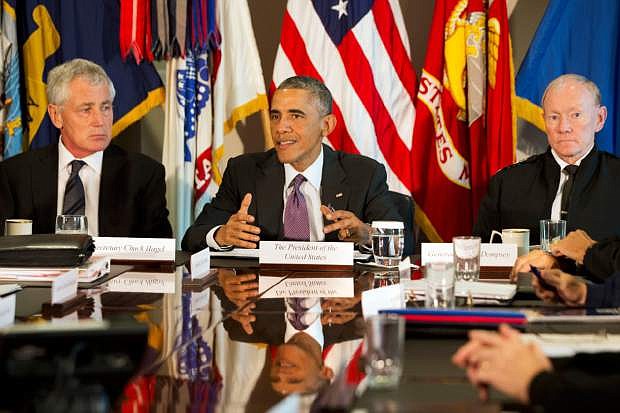 FILE - In this Oct. 8, 2014 file photo, President Barack Obama, flanked by Defense Secretary Chuck Hagel, left, and Joint Chiefs Chairman Gen. Martin Dempsey, speaks to the media at the conclusion of a meeting with senior military leadership, at the Pentagon. Defense Secretary Hagel is resigning from the Obama Cabinet Monday. (AP Photo/Jacquelyn Martin)