Remaining crewman tell of the Doolittle Raid on Japan 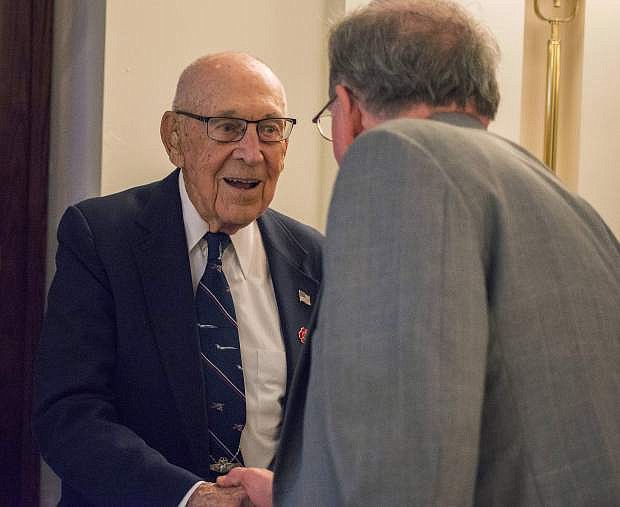 Retired Air Force Lt. Col. Dick Cole, one of four surviving members of Doolittle&#039;s Raid, shakes hands with Robert Cressman, Naval History and Heritage Command historian and WWII expert, during a luncheon in honor of the raiders at the Army Navy Club in Washington, D.C. Doolittle&#039;s Raid was an April 1942 air attack on Japan, which launched from the aircraft carrier Hornet and was led by Army Lt. Col. James H. Doolittle.