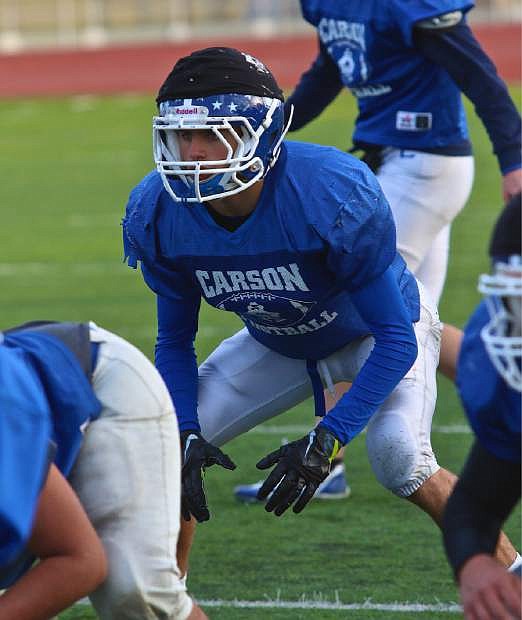 Linebacker Nolan Shine waits for the snap of the ball on Wednesday at CHS.