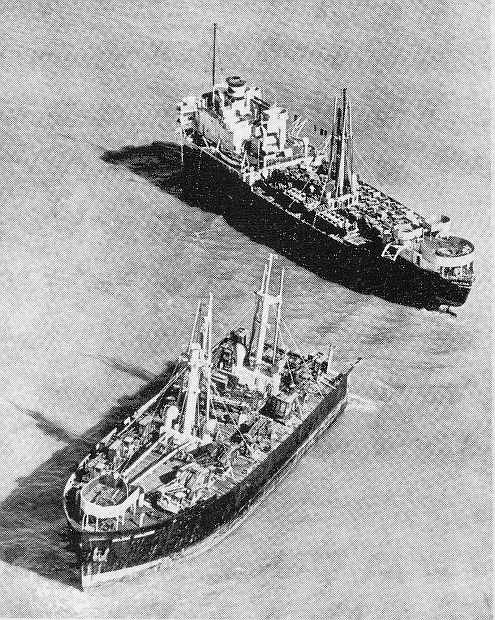 The SS Helena Modjeska is shown off the coast of Kent in England after breaking in two during a heavy storm.